You can never quarantine the past

Not intending this to be a quasi best of list. Just ten albums I liked/loved more than the others. All which came out between 2010 and last year. Maybe this is more of a personal chart, what music songs records I’ve been listening to for the last ten years. And this doesn’t even include those which were made in the ’90s and the 2Ks. And from the looks of it, guitar/rock music has dominated my listening years, with a few interesting diversions to spice up the mix. Also, the songs are getting slower, less punk, more like “J Smoov”, Soccer Mommy, or Mitski.

Maybe as (in)significant as charting what music is noting how I listened to music. The 90s was dominated by cassette tapes and radio, the aughts, CDs pirated, burned and legit, and the internet. The 2010s? The smartphones. Not Spotify. Smartphones has superseded the CDs (at least for me) even though I bought a lot of CDs in the last ten years – more than I probably should. They’re all gathering dust somewhere.

So, what do this list tells me? Maybe, it’s that rock music is here to stay even though it’s not as big anymore as before. What about the next ten years? Will I keep on listening to the same old albums from the 90s and 00s? How about K-Pop? Do I feel like listening to a compilation of the best K-Pop hits from 2010 to 2019? Maybe. Maybe I’ll check 2NE1. Because, Sandara Park. Maybe not. Maybe I’ll stay in my comfort zone. And listen to Pavement.

Contra Tiempo, Sandwich (2010)
More consistent and coherent than their previous two records and no songs like “Sunburn”, that’s a plus. There may be no instantly recognizable big hit here – no “Sugod”, no “Betamax” – but like a good punk rock record, it’s a more riveting ride (try “Bisekleta”, those harmonica parts is 🖤). “Putik” dramatizes the sinking of Marikina during Typhoon Ondoy, humanizes its victims too (Sa ibabaw ng bubong nakita kong nagunaw ang mundo). One more reason to pat them on the back: they put “Dispalinghado” back in the wiktionary. Wan tu tri por, pedal plato tinidor!

Mirror Traffic, Stephen Malkmus & the Jicks (2011)
Having more songs than any other Malkmus/Jicks albums gives Mirror Traffic an unfair advantage when ranking albums using good/bad songs ratio – just like Wowee Zowee. Just like Wowee Zowee, Mirror Traffic has some great indie rockers (Senator, Tigers, Stick Figures In Love), a few extended jams (Brain Gallop, Share the Red), and a handful of slow ones (Long Hard Book, Fall Away, Asking Price) that might make you think of an indie-rock On the Beach, minus Neil Young’s meaningless problems.

Capacities, Up Dharma Down (2012)
“Turn It Well” and its music video turned me off to this album and to some extent, young hipster party people. And it was only after I saw Nicholas Winding Refn’s Drive that I finally gave it a try and found what I would have otherwise missed: Indak, Luna, Parks, Tadhana and Luna (Japanese version), all of which, arguably better than any of their previous hits. And for that, I’m glad that I thought playing electropop in the car would make me cool like Ryan Gosling. Even though I was wrong.

Light Up Gold, Parquet Courts (2012)
They play their punk-rock like Minutemen and show off their indie cool card like Pavement. With most songs finishing fast in less than two minutes, 15 cuts totaling 33 minutes, that pogo dance beat that never let up, guitars that intersects in angles more than they intertwine, and songs about being “Stoned and Starving” and how in the hell there are still “Careers In Combat” when there are no more slides and microscopes in science labs, Light Up Gold is easily the punkiest, indiest, garage rock/post post punk record of the decade. 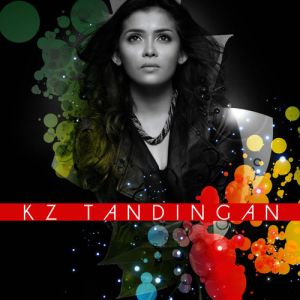 KZ Tandingan, KZ Tandingan (2013)
If you’ re not a big fan or avid listener of local pop music (e.g., Sarah Geronimo, Sam Concepcion), like me, then KZ Tandingan offers something familiar yet different. If you’re not a big fan but appreciates our local soul/jazz sirens (e.g., Mishka Adams, Julianne, Zia Quizon) – again, like me – then props to the producers/collaborators/songwriters and KZ Tandingan for giving us a few well-mixed cocktails – this one’s Screwdriver, that next is Blow Job, aw shucks, hand me that Jagerbomb! I’ve nothing but (un)pure love for “Puro Laro”; ditto with KZ’s intoxicating version of Sugarfree’s “Wag Ka Nang Umiyak”. And who could ever forget “Killing Me Softly” – Heather Graham, Joseph Fiennes, meeting on the street, burning the screen for two hot minutes? 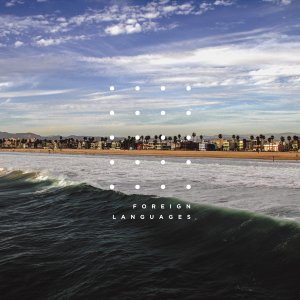 Foreign Languages, tide/edit (2014)
Four nameless faceless lads who gave up looking for a singer long time ago, make their guitars sing instead – no, NOT the way guitar virtousos do. Not guitar gods, not those who make “O” faces while working up the frets. Nor are they among the wannabes/worshippers/acolytes of the former. Foreign Languages has some of the catchiest, most infectious math-pop that you could either use as background noise or cinematic soundtrack to movies found only in your head; music that reached and received feedback and accolades from the farthest shores your monthly internet could buy, some of them in words the band couldn’t understand (they’re in foreign languages)! Listen to this if you like math-pop and send them your love in Portuguese.

The World Is Your Oyster, Dragonfly Collector (2014)
The World Is Your Oyster is the debut album of the artist formerly known as Clementine, who goes by Dragonfly Collector, otherwise known as Clem Castro of Orange & Lemons, who also formed The Camerawalls after the former broke-up due to Morrissey’s and Johnny Marr’s clashing egos. To promote the album, the Dragonfly Collector backpacked and toured the many islands of the Philippines as well as Southeast Asia, hunting for rare and common breeds of dragonflies, fruit flies, arachnids and butterflies during the day and playing gigs at night. On his trip back home, he already had a wide range of flying and crawling insects in his collection. Until he was caught on his way out of Indonesia and was only allowed to leave after he agreed to let go of his precious dragonfly collection. 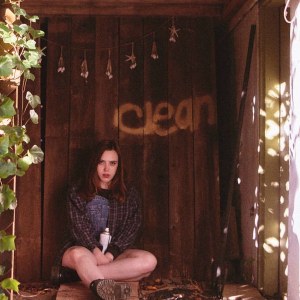 Clean, Soccer Mommy (2018)
Sophie Allison brings about hummable, candy coated melodies that’s both sour and sweet—like gum that colors your mouth, tongue and lips. But this isn’t just Taylor Swift pap with high school diary lyrics. Allison pours her heart out, yes, but this has teeth, blood, viscera in it, some Liz Phair there, some Sebadoh here. And I like the little surprises she brings by doing away with the usual song structures (i.e., “Still Clean” has this defective tape effects, “Cool” ends mid guitar solo). Highlights include the “predatory” relationship in “Still Clean”, Allison wanting to be someone who’s “Cool”, and good as her boyfriend’s ex (“Last Girl). The best cuts is where she finally learns that she doesn’t need to be someone else (“Scorpio Rising”), finally learns to let go (“Wildflower”).

Be the Cowboy, Mitski (2018)
The future (of rock) is female (ejaculation, according to Tessa Thompson’s character’s shirt in Sorry To Bother You). Mitski’s Be the Cowboy is peanut (i.e., grower) and it took more than three spins before I finally appreciates Mitski’s obsessions with all sorts of relationships (“A Pearl”, “Me and My Husband”). Though it’s probably this rough live version of “First Love/Late Spring” (off Bury Me At The Make Out Creek) that made me stan, Be the Cowboy is her most consistent, most heartbreaking set of songs yet (“Two Slow Dancers”).

Other albums worth mentioning?

Pupil released two good-but-not-great records – Limiters of the Infinity Pool (2011) and Zilch (2015) – both not as good as their first two albums or The Mongols’ Buddha’s Pest. Also, there’s Archipelago’s Travel Advisory (2009), which belatedly purchased around 2011 or 2012. Rico Blanco’s sophomore effort Galactik Fiestamatik (2012) is forward thinking retro-futuristic. I would have included it in the list but I prefer Blanco’s fresh new take on the old in Dating Gawi. Sandwich’s Falt Salt & Flame (2013) is good for BBQ and few bottles of beer; Debris (2015), not so much, but “Kagulo” and “Outlaw” are both great for bedroom rioting.

Kate Torralba’s Long Overdue (2013) is a solid pop album but the pop album slot was already taken by KZ Tandingan. Also, Tanginamo Andaming Nagugutom sa Mundo Fashionista Ka Pa Rin. Lols. Jk. I bought Ourselves the Elves second EP but I can’t remember much of it. Their first EP It’s Alright (2013) is still up on Bandcamp though and it’s for free. From the south, we have Iligan City’s Loop and their debut Flirting With The Universe (2014) is one of those pop/dreampop records to look for.

If you’ve heard about BLKD’s Gatilyo (2015), you might as well check Emar Industriya’s Industriyalismo (2016). Stephen Malkmus/and the Jicks released four albums in the last ten years and I think I liked Wig Out at Jagbags (2014) and Groove Denied (2019) better than Sparkle Hard (2018). Lastly, Tubero’s Kupal Destroyer (2018) is worth a spin or two, though Tubero’s brand of kupalcore is best enjoyed live or on Facebook, recorded live streamed for free.

A few re-issues: Archers of Loaf’s Vee Vee and Icky Mettle, Sleep’s Dopesmoker, Orange & Lemons’ re-recorded Love in the Land of Rubber Shoes and Dirty Ice Cream, and Rico Blanco’s Your Universe and Eraserheads’ Ultraelectromagneticpop which both were re-released on vinyl. Though if you’d ask me, fuck vinyl, they’re so expensive I can’t afford them.