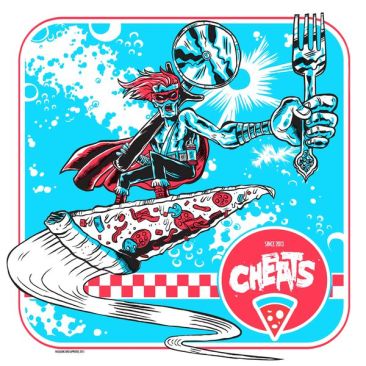 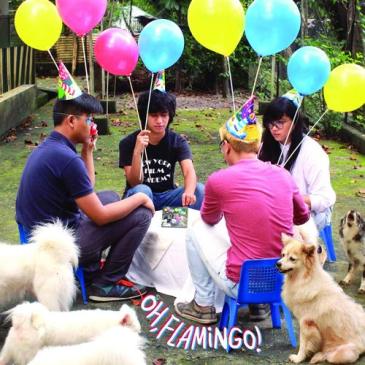 Oh, Flamingo! | Oh, Flamingo! | 2015
They have some really nifty guitar-indie pop, with some odd, maybe not African-inspired beats (maybe) that you’d wish they have something more interesting to say. Or at least, interesting way(s) to say them. Maybe their latest, “Parara”, “Naubos Na” were attempts in trying to do that. Or maybe it’s just wishful thinking because, here’s a band narrowing the gender gap among other things (i.e., they got a cute girl drummer). You thought Two Feet was that good? Idk, I liked Go F*ck Yourself better. **

Langit Mong Bughaw | December Avenue | 2019
Is it just me, or the album cover of December Avenue’s Langit Mong Bughaw really looks like that of a worship album, or worse, songs for funeral services? Listen to “Intro” and tell me if it doesn’t feel like riding really slow and heavenly and cold at the same time. Or did they just pick the cover that would look best on Spotify? I don’t know if this is a management or a consensus and conscious decision between the band members. Is this a sign of times? Or is it a symptom of artists/bands selling out in the age of streaming? Still, this album has three standout tracks which you can put on repeat, hopefully, with different album art showing up on your Spotify. **

Here Today | Coeli | 2018
“Under a Bluer Sky” reminds me of Cynthia Alexander. But it’s not the real highlight in Coeli’s 4-track EP Here Today. It’s the nearly six-minute “Magkaibigan o Magka-ibigan”, a modern kundiman about, well, read the title again. Despite clocking at 5:50, which makes it the second longest song in the EP (the shortest is 4-minute plus btw), the song has an LSS-inducing chorus that just gets more LSS-inducing with repeated listening. A-

“Sigurado” | UDD | 2017
Totally forgot Up Dharma Down released another full length after Capacities. Wait, I’m right, they didn’t – UDD did. But I also totally forgot about that too. Thought they were just releasing singles first, like what everyone else is doing nowadays. But the main reason I guess, is that their first single was just totally forgettable. It sounds so eightees, just like SUD. Not a true story: I was watching the music videos of “Sigurado” and “Baliw” the other night and I actually thought they’re by the same artist. But whatever ’80s inspired music SUD or UDD has to offer, maybe I’ll take a pass. I don’t want to re-experience the ’80s, even though I never really experienced it before.

Aurora | Maude | 2018
Not sure I’m going to check the whole album or the one before this even though both “Brownout” and “Lagnat” show strong songwriting and remind me of Vin Dancel’s Peryodiko. Maude plays their (jazzy??) pop-rock a little too straight a little too clean for my taste. A little too precise and a bit cold as well.

Cheats | Cheats | 2015
Imagine life before Girls. Then, Girls entered the scene. Life became more complicated, more messy, but also happier, more colorful, fun. Imagine Ernville, a generic sounding band with a generic sounding name. Then, Saab and Candy entered the scene. And then we got Cheats, probably the most exciting 7-piece band of the 2010s. Haven’t listened to the whole album yet but I like enough what I sampled (Newspaper Girl, Accidents, Drunk) that’s why I’m going to check the rest.