Too much–of something is bad enough—says the Spice Girls hit song from the ’90s. It applies to a lot of things for sure—if not everything—including sex. Of which Alejandra gets very little, because her husband Angel, who’s also fucking her brother Fabian from behind her back, only knows how to please himself. Her husband’s actually gay, but he couldn’t come out of the closet because his Mama wouldn’t like it and his Papa would most probably disown him. Fabian is a caregiver in a hospital and it’s where he met and befriended Veronica, who would introduce him to the alien kept by an elderly couple in a cabin in the woods. And in case you don’t know, “cabin in the woods” spells horror in movies. Some says “the thing” in the cabin personifies the beast in each of us, our carnal desires. Too much love will kill you, said that song about Freddie Mercury. Too much sex will kill you too, or at least, at first only makes you feel numb. And if I’m making this sound like it’s a light hearted Mexican softcore movie, NO this is not light hearted at ALL. The Untamed (La Region Salvaje) is science fiction meditation on sex wrapped in understated domestic drama that has some really eerie disturbing scenes. I won’t recommend it unless you CAN stomach live action, hentai-like tentacle sex. And I won’t also recommend only if because that is your kind of thing (the movie’s a lot more than just fodder for one’s tentacle porn fetish). Though I’m not saying that one can’t watch the movie and “skip to the good parts” (trademark Mr. Skin). But why go through all the trouble, a clip of it is most definitely up elsewhere. You can try reddit. Or go directly to THE source—it’s most probably on Pornhub. They might even plant a tree if you watch it on repeat. 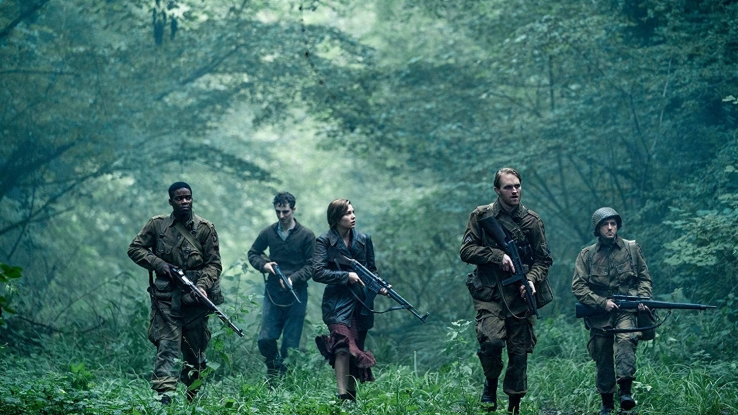 What could be worse than both Nazis and zombies? Nazi zombies. Sentient, super-strong, Nazi zombies. Overlord does “WWII plus evil Nazi experiments” better than, say, Captain America: The First Avenger. It has memorable characters, bloodier, better action scenes, compellingly conflicted heroes, and a villain more evil and threatening than Hugo Weaving with red CGI face. And when you already have soldiers torn between following orders sticking to the plan and saving people while risking their mission, you don’t really need superpowers. But this movie has that too!—-superpowers. And for the better. Well, The First Avenger could have been more like this movie. If only Marvel movies have balls. Overlord is a perfect blend of 1940’s war era science fiction, horror, and superhero action heroics. And it’s quite funny, too. That soldier who wanted to write a book about the war—I laughed so hard when he goes pfft. And imagine the look on my face when one of the good guys lift himself up to get himself off the hook. And by “off the hook,” I mean literally. Pretty good movie.

Some said this movie accurately portrays the young people of today—perpetually bored, alone and lonely. Connected but not really. Spotify music plus TV soap as background noise, equals loneliness.

The movie’s nice to look at. As someone puts it, it’s so Instagrammable. It has style (i.e., the movie’s aspect ratio changes every time Jewel feels the “urge”) but it’s mainly Ryza Cenon, who carries the whole movie on her shoulders and digital bat-wings, that kept me from shutting off my eyes. Yes, the few CGI and Ryza Cenon makes this, somehow, worth the ticket price. There’s the much talked about “daring” scene. And there’s a wonderful scene in which she cosplays as a manananggal for their Halloween party. Bitter irony.

The subplot connecting the killings to Duterte’s drug war is nothing but opportunistic. Vangie Labalan is miscast to play the lola in a movie where she’s the only character who feels alive. Well, the aswang is basically ageless, probably a hundred years old. So, she’s basically dead. Or undead. And only an undead could fall for the undead. Undead, as in character-wise, the male lead’s a walking dead.

And where does Jewel get all those money? What does she do to pay her rent, buy clothes, food, makeup? From her victims perhaps?

Then, there’s also guilt. Guilt after having a night of partying that ends with casual sex. And murder. There’s also some mysterious vial with magical liquid potion Jewel uses when she feels the urge to eat goto–uncooked human goto. But it’s never really explained. Does she use it to prevent the vagina-like orifice on her back from opening so that her wings won’t come out?

Ang Manananggal Sa Unit 23B is like a long music video, with snippets of story inserted in between. A story about two people in love. It makes for an interesting music video that has sex, night club scenes, scary and gory death scenes, but the movie’s plot gets in the way. And it only comes alive in the end. When love is finally certain and in the air.

This reminds of an old manananggal joke my uncle once told me: the one advantage of having a manananggal for a girlfriend, is that you could travel fast and for free.

Wolf In, Cop Out 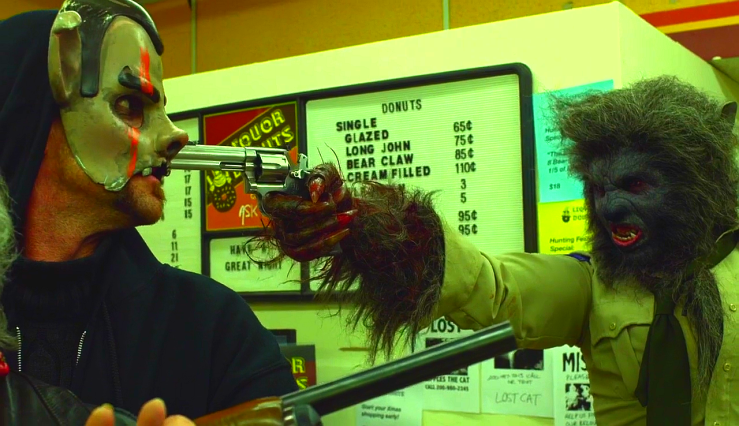 WolfCop is the kind of bad movie people watch because they’re bad. But sometimes bad just ain’t good enough. With a premise and title that’s promising a lot, WolfCop falls short in delivering a wholly satisfying werewolf experience. The first two-thirds of the movie works out just fine. The transformation scenes aided by what looks like mostly practical effects are among the movie’s highlights. The action scenes are gory bloody disgusting but mostly incoherently  edited and shot. The final third is hinged on a twist that probably required more hints and setting up than what’s in the movie. With zero conflict comes zero payoff. Lou Garou, the titular werewolf-cop, simply needs to kill the bad guys if WolfCop has to survive. Weirdly enough, the movie reaches climax [prematurely] in the second act, in a hairy steamy sex scene behind the bars between the WolfCop and Jessica, the ravishing local bar owner who’s not obviously hiding some deep dark secrets. Unfortunately, like in most monster movies with sex and violence, it’s all downhill from there. And like in other horror movies, the protagonist loses plot armor once he/she loses his/her virginity. Which is to say WolfCop came a little early and failed to show up for the final round.

Better late than never. Listed in no particular order.

END_OF_DOCUMENT_TOKEN_TO_BE_REPLACED 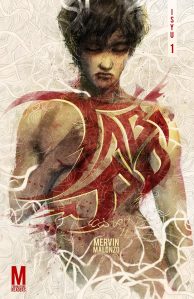 Bliss is a well-crafted little film, an elaborate tease tinged with mild voltage of shock, a psycho-sexual thriller that approaches but never quite reaches the level of mind-fuck. The movie’s a clever play on parallels: Iza Calzado’s showbiz career with that of Jane Ciego; Jane’s to that of Abigail, the protagonist in Bliss; Jane’s real-life husband Carlo to the actor who plays her husband in Bliss, played by Ian Veneracion; Bliss’ indie writer-director Lexter Palao (Audie Gemora) to Jerrold Tarog; and that bald TV host played by Michael de Mesa to real life TV host Boy Abunda. But the most important of all is that of Jane Ciego and the nurse played by Adrienne Vergara. One child gets to live her dream of fortune and fame. The other child lives to share her nightmares with the other.

Jerrold Tarog’s script leaves clues and peanut shells along the way, makes sure you don’t get lost in the strip tease. Movies like Misery, Persona and Inception were mentioned in the film, but not Satoshi Kon’s Millennium Actress and Perfect Blue. Bliss may be lacking in full-sized thrills and effective scares, but intrigue, gratuitous nudity, and moments that are strictly not for the squeamish, more than makes up for it. That being said, claims that the film’s ending spells mind-fuck are grossly exaggerated. Bliss is nothing but a tease; like a bomba film that didn’t go full “pene” but just slides in the tip. It’s like minutes and minutes of foreplay without the actual sex.

But no sex is OK, especially when one is tired and badly needs to sleep. Like Jane at one point in the movie, getting tired of all her showbiz routines. I thought she’s much like the local movie theaters and the movie goers, already tired of looking for something different, feeling shortchanged most of the time. There should be more choices in our cinemas; not just the usual studio love teams, tepid rom-coms, and the predominant but mostly unimaginative Hollywood movies.

Perhaps this is what Bliss is: it’s the evil nurse pushing us away from the comfort zone, sending voltage of shock and sensation, rousing us, leaving us gasping for air, asking for more. There are lots of good local indie movies out there waiting for a wider audience. Bliss is just one of them. If only the local theater owners would realize, we’re more than willing to pay to see them.