Khangkhungkherrnitz | Parokya Ni Edgar | 1996
TVJ’s Tough Hits is the blueprint they patterned this from. And anything by Yoyoy Villame. And since they’re three heads harder than TVJ, the goofs are sandwiched between originals and parodies come in full form. Radiohead’s first hit became “Trip”, a tale about addiction to siopao made in Shaolin House, one from The Clash became “The Crush”, and “Tatlong Araw” was supposedly borrowed from Yano’s “Mc Jo”. The originals are no less catchy and memorable (“Buloy”, “Maniwala Ka Sana”). If Stephen Malkmus and Spiral Stairs once made up a story about getting into a fight while auditioning for Beverly Hills, 90210, PNE has a song about trying it out for the Tuesday Edition of Kuya Germs’ That’s Entertainment. Up to this day, I’m still apprehensive about playing “Lutong Bahay” really loud, that my neighbors—elderly folks, mothers, from Batangas and elsewhere—would find the play on cuss words and innuendos offensive, disrespectful. That Darius Semana’s mother (they’re from Lipa Batangas) is probably cool with and even proud of it, I find a bit comforting. Still, a song about eating your girlfriend’s mother’s special pancake in the morning isn’t something your girlfriend and her mother would probably want to hear. A-

Buruguduystuntugudunstuy | Parokya Ni Edgar | 1997
It’s slightly less funny the second time around but you can always have a second helping. This has better packaging than the first. And I like it that they’re superheroes this time (probably a reference to Wilce Portacio’s work on Rivermaya’s Trip) and Chito Miranda’s superpowers is that of a metro aide. And much better title too—it sounds like a drum roll minus the cymbal crash at the end. With parodies reduced from three to one (“Alimango”, based on Pearl Jam’s “Animal”) one expects more of their own (“Sayang”, “Sampip”). Not all fillers are killers. Not all non-fillers are killers. But give ’em props for adding “tubal” and “walanjo” in the wiktionary and for giving their most earnest straight-faced ode to the bird without being too cocky or dicky about it. Have to thank them for salvaging “Harana” too, even though it is probably that one song that opened the doors to the sappy acoustic ballads that took over after (i.e., Aiza Seguerra, Paolo Santos). A-

Gulong Itlog Gulong | Parokya Ni Edgar |1999
Their stab at sincerity is probably as worthwhile as their funniest gag yet, the non-song, non-filler “Cobra Bird”. Their parody of Cake’s cover of Gloria Gaynor’s disco hit is a winner but the non-killer fillers outnumber the killer non-fillers (“Saan Man Patungo”, “Inuman Na”). **

Bigotilyo | Parokya Ni Edgar | 2003
I remember listening to this on a bootleg tape a friend gave me, which was a bit weird at the time when pirated CDs come as cheap as 3-in-1 briefs from the baratilyo. IIRC this cassette has slightly different track sequence. It starts with “Mr. Suave”, then “The Yes Yes Show”, and so on. And I listened to this tape for weeks on end and was surprised to see a different track listing when I finally saw the CD. Surprisingly, there are only two fillers, which says a lot for a band who could probably put out a greatest fillers compilation. The parodies aren’t anywhere near as good as the old ones (“Chikinini”, parody of Yano’s “Banana Asshole, Suck on the pie Yo!” is OK, “Katawan”, possibly among their worst) but they have more songs than ever! And they’re all effing good (“Alumni Homecoming”, “Choco Latte”). Heck, even the deep cuts are hellishly gewd (“Absorbing Man”, “Ted Hannah”). And while their songs have always been varied as their antics (this has parodies of kundiman, hip-hop, bossanova, there’s even a Led Zeppelin-esque guitar solos near the end of Side A) this is slightly more varied than the usual. PNE shows noticeable growth and maturity here. That they’re sporting fake mustaches on the cover might be the most ingenious joke they ever thought up, or maybe, just pure coincidence. A

Before comedy bars became the favorite hangout of your wannabe-cool titas, who were never really into bands, frats or gangs (and therefore, were never really cool in the first place), the bar/band shenanigans were exclusively aimed for drunk and stoned college kids who were into bands, strippers, and booze. They’re the ones who’ll later turn into yuppies and sing-drunk to Radiohead’s “Creep” with Tagalog lyrics in company parties and karaoke bars.

The title alone is indicative enough how much veggie rolls this sextet has consumed. Of course, TVJ is one of their role models and Tough Hits is the blueprint they patterned this from. And since they’re three heads harder than the aforementioned trio, the goof numbers are sandwiched between original songs and the parodies come in full form.

And the originals are no less catchy and memorable (“Buloy”, “Maniwala Ka Sana”) since the other group they look up to is no other than the Eraserheads. If Stephen Malkmus and Spiral Stairs once made up a story about getting into a fight while auditioning for Beverly Hills, 90210, PNE made a song about trying it out for the Tuesday Edition of Kuya Germs’ That’s Entertainment.

Up to this day, I’m still apprehensive about playing “Lutong Bahay” really loud, that my neighbors, elderly folks, mothers, from Batangas and elsewhere, would find the play on cuss words (putang ina mo and puking ina mo) and innuendos offensive, disrespectful (Ako’s lalayas sa amin—upang makatikim—ng puta(heh) ng ina mo, cooking ng ina mo–oh). That Darius Semana’s mother, who hails from Lipa Batangas, is probably cool with and even proud of it, I find a bit comforting.

Still, a song about eating your girlfriend’s mother’s special pancake in the morning isn’t something your girlfriend and her mother would want to hear—in the car, in a party or in family gatherings—though they most probably wouldn’t mind if newer songs like “Peacock”, Flo Rida’s “Whistle” or “Versace on the Floor” are on your playlist. But that’s okay, you can always put your head-phones on, and LOL yourself into oblivion.

“Hey, here’s the new Radiohead album”, a friend offered few months ago. I put it on, listened. So this is how they sound now. Interesting, I thought. But theirs is not the kind of music that I need. At least for now. Some people find meaning in lyrics that reflects the despairing things happening around the world. I already had enough of that—not from music, but from other things. END_OF_DOCUMENT_TOKEN_TO_BE_REPLACED 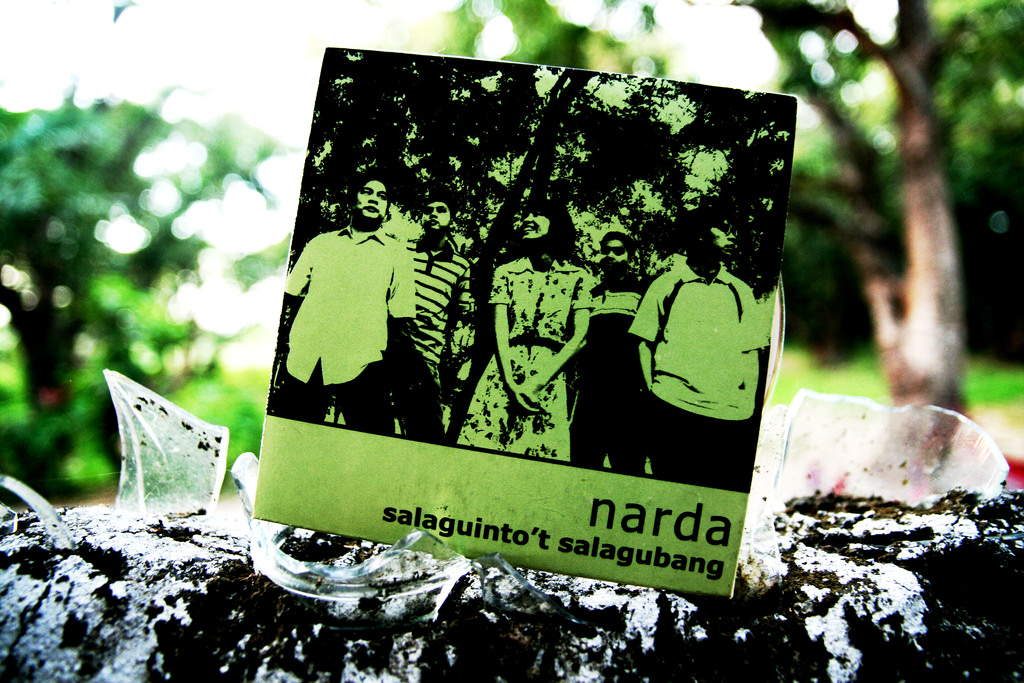 “We grew up listening to the music from the best decade ever.”

Everyone wants to be a 90’s kid these days. Everyone wants to relive those times when “Pare Ko” hits the top of the charts; when “Alapaap”, “Banal Na Aso” and “Laklak” almost got banned; when Rivermaya premiered their music video for “Elesi”; and when the boys of Parokya Ni Edgar debuted on national TV, wearing skirts and dusters. END_OF_DOCUMENT_TOKEN_TO_BE_REPLACED