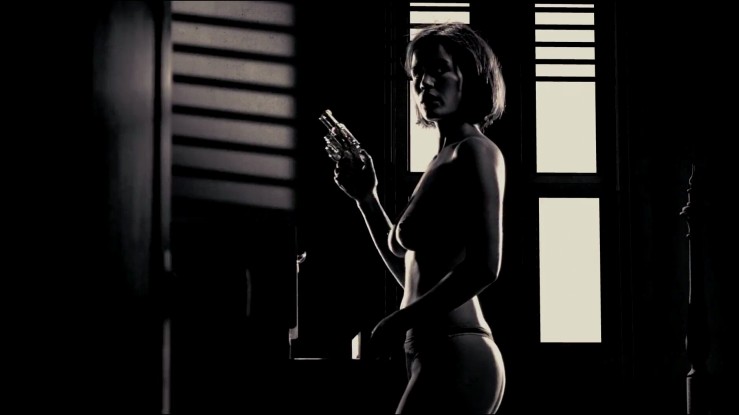 I used to like this movie. Sin City, the Old Town. I guess I still do. Just a bit. Because it didn’t age well. Still looks cool though. Black and white, dark contrast, a few chosen red, Jaime King—she’s an angel. Given the choice, I’d prefer watching this over reading the comics. But that’s not to say. Frank Miller. He got style—miles and miles.

I re-watched this, on the old DVD, the other night. The pace was limp. Despite all the broken bones, the blood that spilt, the action was as still as they were on paper. It felt like watching while drunk. But that night, the fridge was empty. I still remember, not a single beercan in there. It wasn’t unlike leafing thru the pages while listening to an audio-book. The images rarely came to life. Argh! The narration—it gets you inside Marv’s head. Or Hartigan’s. And it was awesome. Kinda cool. But it also sapped any excitement that goes with guessing—with not knowing. By the way. Benecio del Toro. He was funny. Devon Aoki cut him into pieces. Spoilers! Don’t say I didn’t warn you.

Then the shit hit the fan. The Big Fat Kill. 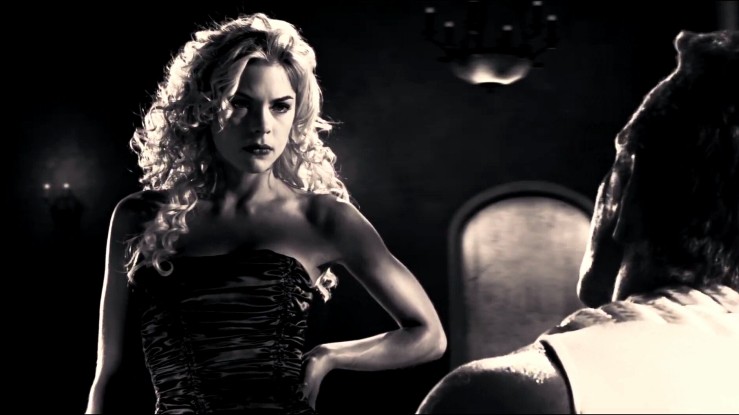 Finally, there was Nancy, Hartigan’s little Nancy. She’s all grown up and dancing on stage. Jessica Alba, she’s cold as ice. Not topless, no nipples. Not like in the comics. I started imagining things off the screen. That Wendy took over the stage. And my heart was pounding. But then I drifted. Fell asleep.