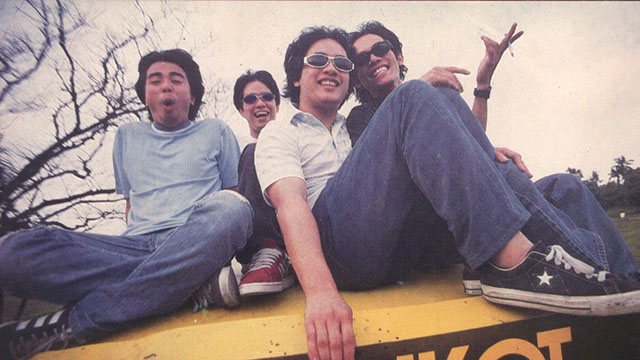 Maybe Billy Corgan was right. The world is a vampire — sent to drain. Not that humanity being evil or unfair, as per the phrase’s definition on Urban Dictionary, but keeping abreast with the latest news and what’s happening around you, that could really drain you. Like for example back home, we haven’t really flattened the curve yet. And yet people were already allowed to go back to work — to save the economy. The f*cking economy. And there are even uglier things that I don’t want to mention here.

Like in the previous weeks of the lockdown, watching movies, reading music and writing these b-bloody fish-balls have been my favorite distraction. Not only because there were little else to do aside from work but also as some form of retreat. You know, just sit in the dark corner, listen to music, watch movies.

Weird — I went to bed the other night while playing Cutterpillow but I couldn’t sleep. I don’t know. I don’t think it’s because the songs remind of a lot of things. Maybe I was thinking too much about the album being considered the band’s best — something that I probably don’t agree with anymore. Maybe it’s their most consistently enjoyable record, but the best songs on Circus sound better than most songs on Cutterpillow. Sticker Happy and Fruitcake on the other hand, are sonically, more fun. Or maybe it’s just that I’ve listened to Cutterpillow countless times already that’s it’s not that fun anymore, just like with Ultra.

Going back to that documentary, there was a part in it where then-BMG A&R Vic Valenciano talked about album sales. Depending if you’re old or young enough to remember the ’90s, you probably never heard of platinum awards until you saw one being given to the Eraserheads on TV. Ultraelectromagneticpop sold 5x platinum; Circus, 5x platinum as well. Cutterpillow, the third LP, was awarded a whooping 9x platinum, and probably the fastest-selling album of all time as it reportedly shifted 20, 000 units on the day it was released.

Stories about the Cutterpillow album launch in Sunken Garden, as told by Eheads girl Friday Julie Pacanas, reminded me of  the movie The Rutles, a Beatles-parody-mockumentary. There’s a scene in that movie where the band had this elaborate exit plan just to get away from hordes of rabid fans. Ms. Julie Tearjerky also recalled how the band members managed to get to their van after the show and how the crowd surrounded their van — like in some zombie apocalypse movie — and wouldn’t let them go.

Fruitcake, the band’s follow-up to Cutterpillow, despite getting mixed reviews, still sold 120, 000 copies and was awarded triple platinum. Vic Valenciano said they didn’t expect it to be as huge as the first three albums since it was a “Christmas album”. In one interview (not in the documentary), Ely Buendia said that the BMG people were kind of hesitant to promote the album. Which is kind of ironic for them to do considering that the all-time best selling local record in the Philippines is a Christmas album. 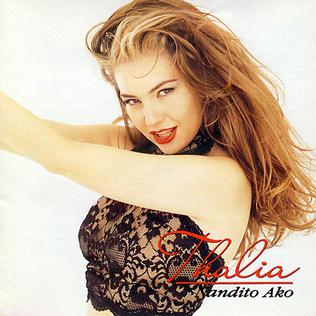 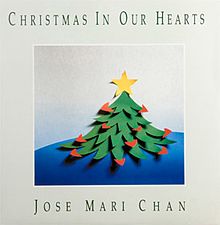 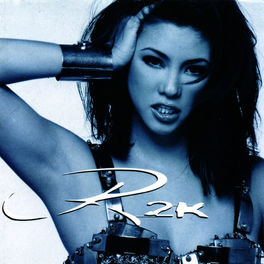 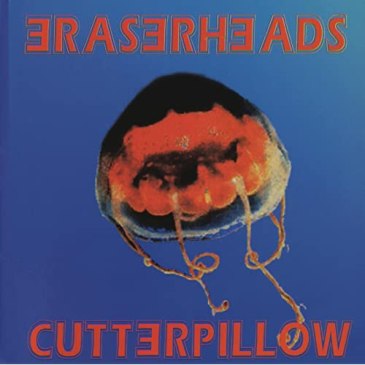 Jose Mari Chan’s Christmas in Our Hearts is currently the biggest selling album in the local shores. It was given triple platinum award in 1990, the year it was released. And it’s quite a fast seller too given that it was released only in November. In 2006, fifteen years after it was released and more than ten years since Cutterpillow came out, it was certified double diamond.

But is it really the biggest selling album in the country? Wasn’t it Thalia’s Nandito Ako, which reportedly sold over a million copies?  That’s way over Jose Mari Chan’s 800, 000 units. And even Ogie Alcasid, who originally sang the hit “Nandito Ako”, was so amazed when he heard the news. If I remember correctly, Ogie was even interviewed about it on TV. I searched for that news article online but I couldn’t find it anymore.

Thalia’s album was listed in the List of best-selling albums in the Philippines before. If you check the same page now, it isn’t listed anymore. It was contested. Could it be more popular than the best selling albums from Regine Velasquez, the Eraserheads, and Jose Mari Chan? Most probably not. And where did the news came from? I’d guess it’s from this miraculous place called the internet.

Well, one can do the math and deduce that Thalia’s one million unit sales is just too good to be true. For one, it took more than a decade for Jose Mari Chan’s album to sell 800, 000 copies. If there’s one album that could reach one million, it would be Jose Mari Chan’s Christmas album. And two, Thalia isn’t even remotely as popular as Regine Velasquez or the Eraserheads. And I doubt her songs could be more popular than those ‘old fashioned Christmas carols’ from Mr. Music Man. You see, whenever I see boys and girls — whatever it is they are doing — I remember that song by Jose Mari Chan.

The truth is, Nandito Ako, which was released in 1997, was certified platinum; it sold more than 40, 000 copies. It’s a platinum album, in the Philippines. In the US, a platinum award is handed to albums that have sold more than 1 million copies. Somehow, somewhere, dearly devoted fans got it all mixed up.

That Thalia’s Nandito Ako sold over a million copies is definitely fake news. And it’s just as fake as the news that Thalia had some of her ribs surgically removed, only so she could have that tiny tiny waist of hers. 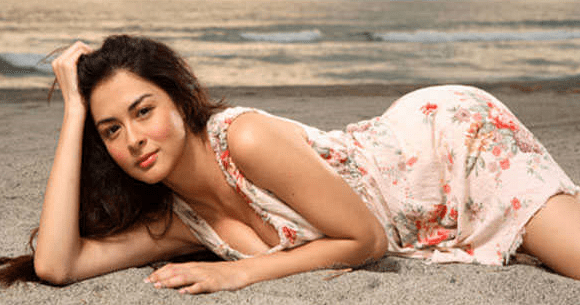 Well, I’m just glad Marian Rivera need not have her ribs surgically removed just to look beautiful. Because that would suck big time. Especially if you’re Dingdong Dantes. Imagine you’re Dingdong Dantes and you’re lying in bed with her for the first time. You’re making out and you put your hand on her belly. Then your hand slides up to reach those which I’m not going to say here what they are called. And you feel something unusual. Alarmed, you sit up in bed and look at her.

“Honey, this is weird but it seems like you’re missing a few ribs… in there?” Imagine that. It would be horrifying. Like you’re in some sick sci-fi smut and you’re about to go to bed with an alien… in its gorgeous human form nonetheless. And before you could say another word, suddenly she reveals her alien form . . .  and bites your head off.