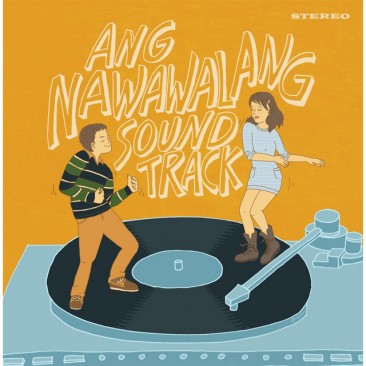 Long song title by artists with an even longer name. I supposed Uela (of soul outfit Chillitees) is pronounced Wela as opposed to Yula as in Amor Powers Ms. Eula Valdez, who posed naked (but not nude) on the cover of the limited edition of Kamikazee’s Maharot. Uela is Wela and Jastafraz (whatever is his chechebureche) is most probably no other than Jazz Nicholas (obviously, he came from a family of musicians), one-fourth of Itchyworms and the only member responsible for their come-back hit “Muli” (Jugs Jugueta was reportedly busy for a music project with Teddy and Vice Ganda). And in case you’re thinking ‘the current music scene really sucks’, just note that Jugs is still in Showtime, Lourd de Veyra is still doing TV news, and Rico Blanco is busy doing YouTube videos – all have little to do with actual music – all of these have no direct effect on the quality of songs you get from Spotify or elsewhere. The music scene sucks because you don’t know where to find the good stuff.

“Wag Na Sana ‘Kong Gumising Mag-isa” was originally included in Ang Nawawalang Soundtrack, OST of the movie Ang Nawawala, a movie that was so remarkable for enlightening us to the fact that, rich people have problems too. And we should really feel sorry for them. The soundtrack was initially available only on vinyl, the format preferred by self-proclaimed audiophiles who can afford them. But thanks to socialism, somebody uploaded lossy rip of the songs elsewhere. And about the song… well, the song is like Sonic Youth’s “Superstar” meets Cinderella meets bed room music meets old Tagalog movie themes from the ’70s. Plus that warm fuzzy feeling of… just staying in bed in the cold mornings of December. And hugging your pillow really tight. ‘Cause you’re still fuckin’ single.