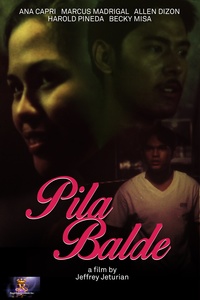 Pila Balde (1999) is a soft core sex film about the people in a low-cost housing development and the neighboring squatter area. Those in the housing, relatively more affluent and gainly employed, take what the slum dwellers deliver: water, laundry services, cheap labor, even sexual services. Those in the slums depends on their more affluent neighbors for employment. Imagine the new Bong Joon-ho film Parasite, but instead of the very rich Park family, you get people from the lower-middle class living in low-cost but decent housing. Instead of the Kims, you’ve got really poor people living in shanties. Written by Armando Lao and directed by Jeffrey Jeturian, Pila Balde is actually a social realist drama in the vein of Lino Brocka—but with heaps of comedy. And sex. Lots of sex—which, I think is forgivable. Or at least understandable. In a time when movies about social ills don’t sell like pancakes anymore but sex flicks does, can you blame the producers if they insist on having more of the latter? That is, Pila Bilda is like those Lino Brocka films set in the slums (there’s even squatter fire near the end of the movie) only it’s more than a bit twisted, mutated and eroticized. But it’s also less despairing. 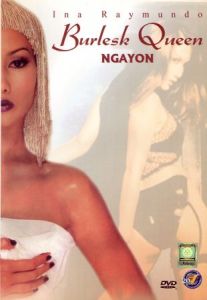 In Burlesk Queen Ngayon (1999), Ina Raymundo plays a young single mother who works as stripper to raise her child. Not a remake of the Celso Ad. Castillo/Vilma Santos classic or anything. Sharing a title with the latter really does it less favor, drawing comparisons that makes it automatically the lesser of the two. And it is. And why it shouldn’t be? It’s a sex flick that cashed in on the then hot fad and Miss Sabado Nights’ popularity. Though it’s not blatantly campy, and treats its story with some sort of reverence not unlike in those serious, well-received Rosanna Roces movies like Ang Lalaki Sa Buhay Ni Selya and Babae sa Bintana. And it has a story to tell, no matter how well-worn or perfunctory. The worse one can say is that the story is just there to hang all the scenes with Ina Raymundo in varying state of undress. But that story isn’t nothing. And once you get past the phase of memorizing every naked this and that, that’s what remains—the story. At least that’s what I remember. That and Ina Raymundo coming out of a huge box cake, wearing only two-piece made of icing. Sweet.