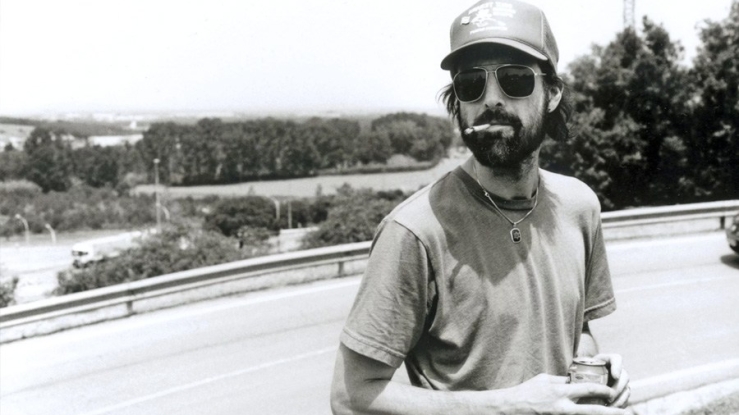 The roads are colored black

Aside from his works with Purple Mountains and Silver Jews, Berman was also cartoonist and poet. His book Actual Air, a collection of poems, was published in 1999. He’s also credited for the title of Pavement’s debut album Slanted and Enchanted.

It was around the mid-noughties when discovered American Water, Silver Jews third album, which came out in 1998. As with most 90s bands I re-discovered thru the internet (Sebadoh, Archers of Loaf, Silkworm), the conspiracy yarn all leads back to Pavement. And unlike those other bands, Silver Jews actually featured members of Pavement. American Water, which features Malkmus and Nastanovich, was lauded by critics. And it also houses fan favorites “Random Rules”, “Smith & Jones Forever”, and “Blue Arrangements”, which Malkmus co-wrote.

American Water is maybe one of the best alt-country album from the 90s. And it opens with my favorite Silver Jews song: “Random Rules”, probably one of the best example to showcase David Berman’s genius. According to Berman, the songs on American Water is about him grappling with whether really “random rules” or not. I haven’t listen to the album in a long time or read into each song’s lyrics and think about their meaning. Maybe, it’s about whether things just happen in random, that there is no such thing as a Supreme Being keeping things in order, or no such thing that keeps the universe in balance. Random rules—like we just happen to be on this rock we call Earth, floating in space, revolving around some random star, in one of the many galaxies in the universe.

In 1984 I was hospitalized for approaching perfection.
Slowly screwing my way across Europe, they had to make a correction.

Some said “approaching perfection” here, is a euphemism for being neck-deep with drug addiction, which Berman illustrates so vividly on the next lines, and the result is both psychedelic and painfully honest and real at the same time.

Broken and smokin’ where the infrared deer plunge in the digital snake.
I tell you, they make it so you can’t shake hands when they make your hands shake.

But what I really like about this song is that it’s also about relationships, about losing and trying to win back someone.

And that’s why it scared me so when you turned to me and said:

When you get to the point where she tells you that you’re not the same person she thought she knew… And yet, like an open ended movie, Berman leaves some glimpse of hope in the song’s last verse and refrain.

So if you don’t want me I promise not to linger,
But before I go I gotta ask you dear about the tan line on your ring finger.

No one should have two lives,
now you know my middle names are wrong and right.
Honey we’ve got two lives to give tonight.

And probably, the lines that would always remind me of David Berman, his music, Silver Jews, are also in the same verse, the last verse.

I asked the painter why the roads are colored black.
He said, “Steve, it’s because people leave
and no highway will bring them back.”