1. Which bands/artist do you have the most albums by?
Do you mean physical copies or not? (I’m asking because I have the whole discography (90+ LPs) of unlicensed, unadulterated, undeniably good music from a group called The Tribal Sounds from Mt. Krakatoa in digital format.) So, to be safe, I’ll go with legit physical ones: Eraserheads. I have all of their LPs.

2. What was the last song you listened to?
“Stereo,” by Pavement, to lighten myself up, since I came in the office late, due to a series of unfortunate events encountered on the way this morning (i.e., traffic jam). Not to mention, I was standing on the bus the whole time.

3. What was the last concert you attended?
Pupil, in one of their mall tours. Around the time of their album LOTIP.

4. What’s the most musically involved you’ve ever been?
In one occasion, I was a drummer in the drum and bugle corps in grade school. I was a member of a choir in high school and we were going to perform in a year-end program. But before that, the choir leader kicked me out because I have an attitude. Currently, I’m in a band that occasionally plays at Christmas Parties in the office and other corporate events. And the first time we played (which was also the last), we fucked up big time. Good thing I only play the cowbell.

5. Band/artist you’ve never seen live but always wanted to?
The blog I copied this from mentioned Imagine Dragons. I don’t know Imagine Dragons, haven’t heard any of their songs. But I saw a band shirt of them once in a Hard Rock Cafe store and I hated them since then. I don’t know, but I hate their name. Imagine Dragons? What does it even mean? Imagine eating Dragon shit is more like it, probably. And I imagine that they sound like a hard rock band, but it’s so mainstream? Like if the members of Coldplay have beards and long hair and try to rock. God, that would be awful. But I imagine Imagine Dragons would still be more awful.

6. What is your favorite band shirt?
I have red Che Guevarra shirt, which I can’t wear anymore since I grew fat already like Thor in Endgame. Does it count as a band shirt. Like, it’s Rage Against The Machine shirt? No? Okay, I have another one. And it’s a Monsterbot shirt (shoutout to Diego Mapa!) with the Rhomboids album cover printed on the front.

7. Musician you would like to hang out with for a day?
Moira dela Torre. In a bedroom. On a weekend. When I desperately need some high quality sleep. To recover from a whole week of sleep-depriving work.

We can write song together. Doesn’t necessarily mean I have to do some actual playing or writing. I could just be there, lying, listening, sleeping. While she does her thing. Does that count as “hanging out”?

8. Musician or group you wish would make a comeback?
No one. I don’t want bands/artists making come back for whatever reason (money, fame, the fans). I’d like another Pavement reunion though, even though I have zero chance of actually seeing them.

9. Name four or more flawless albums.
Why not less than perfect albums, for a change? 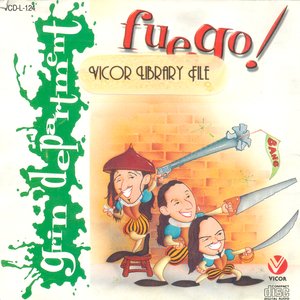 10. How many music related videos/DVDs do you own?
I don’t know. Not too many. I have this Parokya DVD, which I just bought for archiving purposes (I haven’t played it, not even once). I have two Nirvana DVDs (Live at Reading and MTV Unplugged), one Pavement DVD (I have two copies. For some reasons, the store I ordered from thru Amazon shipped it twice. This was back when I was still in Japan. Sorry, I didn’t bother to return or do something. I didn’t know what to do.)

But if there’s one DVD which I wish I have, it would be Eraserheads’ Reunion Concert DVD. Too bad, I didn’t have the money when copies of it were still floating around some audio/video stores. By the time I had some extra money, it was already out of print. Sad. But at least I got two copies of Pavement’s!

I did not answer the question, did I?

11. Your favorite movie soundtrack?
I like the songs in those Guardians of the Galaxy movies and some songs from the Deadpool movies. I used to like A Walk to Remember (because, Mandy Moore) but I still like the songs performed by Mandy Moore and Switchfoot. I like a few songs (Bad Reputation, This Perfect World) used in Kingpin. But if I have to pick just one or two, that would be Aimee Mann’s “Save Me” and “Wise Up,” from the movie Magnolia. And speaking of that movie’s OST, which also has a version of “One,” I also like Filter’s version of “One,” from the OST of The X-Files movie.

12. What was your last musical phase before you wisened up?
I don’t believe it’s really about having “wisened up.” It’s just that our preferences or “taste” changes as we grow older. I wouldn’t consider the music I listened to now as wiser or better, just different. I mean, I listened to Radiohead a lot in the last decade but I don’t listen to them now, at least not as much. Of course there this phase thing, grunge, nu metal, pop punk. There are a lot of music from the late 90s and early 00s that I’d rather not listen to now. Here’s a few of them: Limp Bizkit, Papa Roach, Linkin Park, Incubus—I still can listen to some songs by Korn and SOAD. On the brighter side, Limp Bizkit/Fred Durst & co. could make for some really funny internet memes, these so-called Nu Metal bands.

13. What’s you’re “guilty pleasure” that you hate to admit to liking?
It can’t be that bad if some people like it, right? Some people’s Air Supply could be somebody else’s Vampire Weekend. Of course, there are bad music, really shitty music. Anything by Willie Revillame is shit. Some people say Inigo Pascual can’t sing. He looks good—looks somewhat, gay. He can sing fine but I don’t care, I don’t like his song.

I’m not a fan of Air Supply or their songs but I like KZ Tandingan’s version of “Two Less Lonely People In the World.” Another song from artist or genre I don’t usually listen to is Backstreet Boys’ “As Long As You Love Me.” And then there’s “Banyo Queen.” Andrew E.’s rap skills on this one is so rad that he manage to slip the phrase menage a trois in “nag-me-menage a trois daw siya sa Alabang” without you noticing it.

Wait. Am I supposed to tag someone? Others?