Avengers: Endgame Is The Super Duper $@%!#& Season Finale of the Year 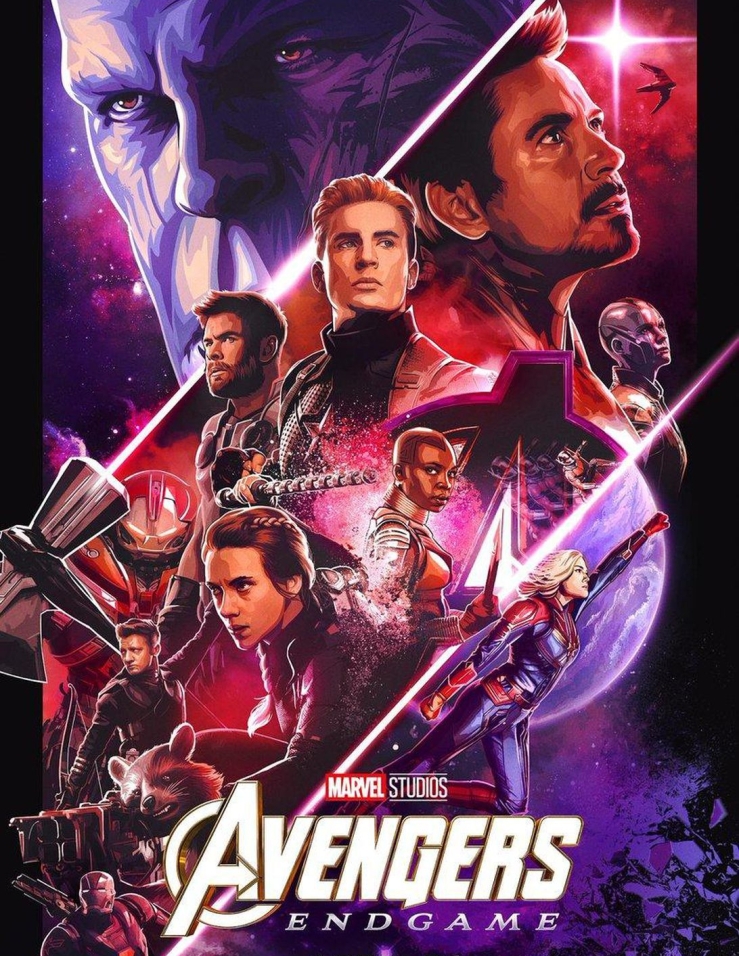 The End Is The Beginning Is The End

Avengers: Endgame isn’t “the best MCU movie or the best superhero movie since (insert your preference here),” but it does what it has to do, “whatever it takes.” Even if that means Endgame makes for an unwieldy, ponderous, pandering, uneven, thrilling ride. It’s a crowd-pleaser and super duper entertaining.

Just like the fanboys/girls are saying, it gloriously caps the 22-movie Infinity Stones Saga and its a fitting swan song, encore, last dance, last hurrah for the OG Avengers, who, more or less, are saying goodbye to the fans after this movie. It’s a massive ending. If the whole of Infinity War is one big climax, Endgame is a false ending, another big climax then denouement.

Note: This will be gluten-free but look out, it’s full of spoilers!

Endgame strikes a perfect chord early on, in an opening scene that’s even more harrowing than Infinity War’s ending. Those deaths at the end of Infinity War didn’t feel too personal, just shocking—until we see Hawkeye loses everyone, everything. It may not be intended as a callback to Infinity War but it is such a painful reminder of Thanos’ entrance in the previous film—yep, the same scene Thor loses both Heimdall and Loki. Even more fitting is the song that transitions that scene to Tony Starks and Nebula stranded in space, Traffic’s “Dear Mr. Fantasy.”

Unfortunately, the movie couldn’t keep that tone for the rest of its first act. Without Hawkeye, whom we see experience the snap first hand just a while ago, no one’s really able to channel the anger, the grief, the gravity the Decimation has brought to the world. Except for Tony Stark, who’s anger over Steve Rogers not signing The Accords (which resulted to The Beatles’ break-up), is finally crystallized on screen, a few movies late after Civil War. But he also disappeared after that. So, we’re left with only Cap and Nat to do the emotional heavy lifting.

The movie seems to move on from the Decimation when Paul Rudd’s Scott Lang reappears and propose that they do a “time heist,” steal the stones from past, undo the snap. From post-apocalyptic drama, Endgame turns to what Marvel does best: action comedy. And this where everybody gets an encore, from the Hail Hydra men, The Tilda Swinton, to Agent Carter, Hank Pymm, and Tony’s father, to Star-Lord (“He’s an idiot.”) dancing to “Come And Get Your Love.”

This is also the most fun part of the movie. Loki gets another shot at the “magic cube,” Ant-Man and Tony gets to quip about 2012 Captain America’s ass and present Cap gets to say “Hail Hydra,” probably the funniest and most unexpected punchline of this sequence. Too bad, 2012 Cap still gets weak when he hears the magic word “Bucky.”

But it’s not all that, there’s one mildly poignant reunion between Thor and his mother (but not with Jane Foster) while Rocket gets the Aether. And there’s one emotional scene between Hawkeye and Natasha that probably wouldn’t get tagged as “fridging” (you, hypocrites!) because this isn’t Deadpool 2. Again, fridging or no fridging, I don’t care, it still didn’t feel justified.

And without not spoiling the movie any further, the massive third act comes and turns a bright sunny day into a gloomy overcast. Thanos, Nebula and Gamora go back to the future and make a surprise attack, The Mandarin-style. Yes, it’s a call back to that scene when The Mandarin destroyed Tony Starks’ mansion in Iron Man 3. Then, everyone comes back. But not before Thor, Cap and Iron Man gets to beat the crap out of Thanos. No, actually it’s them who get beaten the crap out of in return.

In terms of action, this movie did just OK, as with the other Russo-helmed Avengers movie. But this third act is so enormous, so gigantic, that it dwarfs anything the Russos (or Gunn or Whedon) have ever done before. Still, it could have been better. There could have been more team effort moments between Tony, Thor and Cap. Despite Captain America’s glorious moments, he still couldn’t hurt Thanos really bad and it’s Scarlet Witch and Captain Marvel who were able to do that. Of the three, Captain America (he finally gets to say “Avengers Assemble”) gets the most number of “hero” moments here, maybe because Thor and Iron Man already had theirs in the previous movie.

Remember that massive underwater battle in Aquaman? Forget about that CGI overload, Endgame‘s big battle is better than that in every bit imaginable. Didn’t they tell you they get everyone, I mean every superhero in the Marvel shelf to battle Thanos and his army? I bet Hank Pym and his miniature tanks and hot wheels were also there. Luis and his gang were also there. But their scenes were cut because there were just too many of them. And if you’re one of the guys who complains there are very few superheroes fighting in Civil War, here’s what you’ve been waiting for.

Cap proves he’s worthy, Tony gets to pull a “one last one,” but it’s only Thor who actually has a meaningful character arc in this movie. And it’s one about giving up trying to be who he thinks he should be. Hounded by his failure and losses in Ragnarok and Infinity War, Thor chooses to sulk, slouch, just be who he is. It kinda makes for a disappointing character arc if only Chris Hemsworth’s shabby beer-bellied god of thunder isn’t so funny. And for someone known for his jokes in the Avengers movies, Hemsworth’s also quite convincing as someone who couldn’t move on from his past, someone who’s time and time again proven not to be worthy. He stutters, tear up a bit and still draw laughs from the audience.

On the downside, Hawkeye’s still pretty much a side character, Endgame wouldn’t change that. Hulk didn’t get to do another Smash!, and Black Widow, well, it’s high time Marvel do her character justice and make that solo movie fans have been clamoring for for a long long time.

Well, we can’t have it all. Avengers: Endgame may not be a great movie but it’s an excellent ending considering all the things it tried to do. It’s also the biggest, grandest, emotional season finale all Marvel fans could ever wish for.

Oh, and that ending. Love that Kitty Kallen song.