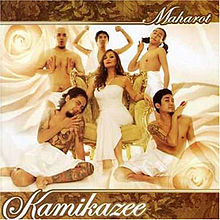 Okay, not all of them are “better than the original” but—don’t you like my WatchMojo-esque title?

The Man Who Sold The World / Plateau – Nirvana
Nirvana’s Unplugged album boasts a number of covers: one each from David Bowie, Ledbelly, The Vaselines, and three from the Meat Puppets, who also helped them play the songs. I probably listened to Bowie’s original only once, for research and academic purposes. There’s no denying Cobain’s iconic “plugged in” version is the better of the two. Nirvana’s version of “Plateau,” “Oh Me,” and “Lake of Fire” (featuring the Meat Puppet brothers themselves), is the one to go if one prefers the Neil Young-ish folk rock vibe, but the hardcore/cowpunk originals found on Meat Puppets II have qualities and appeal of their own.

I Will Survive – Cake
John McRea and the gang turned Gloria Gaynor’s disco hit into a sinewy guitar meet horns alt-rock hit about moving on, which Parokya Ni Edgar later turned into a song about Pizza Pie and Tortang Talong. Also, I think the guitar solo and horn section the closes the song is just fuckin’ dope.

Hallelujah – John Cale / Kathryn Williams
Watch that Nite Owl-Silk Spectre sex scene in Watchmen for Cohen’s original, Shrek moping by the kitchen table for Rufus Wainwright’s cover. My favorites are the one from John Cale and Kathryn Williams’ heavenly live rendition found on her all covers album Relations.

Superstar – Carpenters / Sonic Youth
The Carpenters made this song a hit, saved it from semi-obscurity. Sonic Youth destroyed and reconstructed it because hits are for squares, even though Kim Gordon truly loves Karen (“Tunic”).

Simple Twist of Fate – Jeff Tweedy
Gave up looking for the Bob Dylan original. Also, my favorite Dylan starts and ends with Highway 61 Revisited. And that’s why I’m settling for this second hand version from Jeff Tweedy. Actually, this is one of my faves from I’m Not There soundtrack.

Ilog – Rivermaya feat. Kitchie Nadal
The only song from Isang Ugat, Isang Dugo that deviates from the original. The original off Joey Ayala’s Magkabilaan has an ethno-folk arrangement, Rico Blanco veers into a more folk-rock route. What sets this apart? Kitchie Nadal. Yes, that Rico Blanco-Kitchie Nadal duet makes this one perfect.

Doobidoo – Kamikazee
Don’t know if Jim, Danny and Buboy knew shit about “doobie” when they wrote this or if they meant it to be sang when stoned. They probably meant scat. It’s also very unlikely they were high as fuck then. One thing I’m sure though, Kamikazee’s take on the song totally owns. Totally rocks. Doobiiiiee!

In A Broken Dream – Kathryn Williams
Kathryn Williams’ Relations opens with this, a cover of a Python Lee Jackson song (this band, I don’t know shit about). The song is perfect for “drinkin’ wine, feelin’ fine.” By the time it reaches the lines “Don’t push your love too far/Your wounds won’t leave a scar/Right now is where you are/In a broken dream,” Ms. Williams gives the song something Rod Stewart couldn’t. I don’t know, it’s comforting, it’s kind of lonely, kind of broken—but comforting.

Ooh La La – Silkworm
Originally by Faces, which also includes—guess who—Rod Stewart. I guess we all have that moment when we’d say “I wish that I knew what I know now/ When I was (younger/stronger),” even if it’s not particularly about relationships, women, men. This song is included in Silkworm’s Lifestyle LP, which includes cuts “Slave Wages” and “Contempt.” The latter is the closest I get, into getting into Godard. Yes, the song is based on Le Mepris, which I’ve been meaning to watch for the longest time.

Tayong Dalawa – Kiko Machine
This is an old family favorite. It’s one of those “our parents’ music when we were kids.” So we’d hear this a lot back then. Including that Tough Hits version that opens with “Kapwa niluluga, kapwa nasasaktan” (I can still imagine that gross yellow-greenish gooey fluid coming out of my first grade classmate’s ear every time I hear this in my head). Yes, that Rey Valera song. And no, not that teleserye with Kim Chui and Gerald Anderson. Kiko Machine revives updates this classic for its generation, complete with a coda that’s sort of Radiohead-esque.

Bonus:
The Killing Moon / Something – Pavement
Wait till Pavement reaches the part where Steve Malkmus sings about cucumbers and cabbages on the former and totally changes the lyrics of a Beatles classic on the latter (“Something in the way she dances, be it waltz, can can, or tango”). Dope.