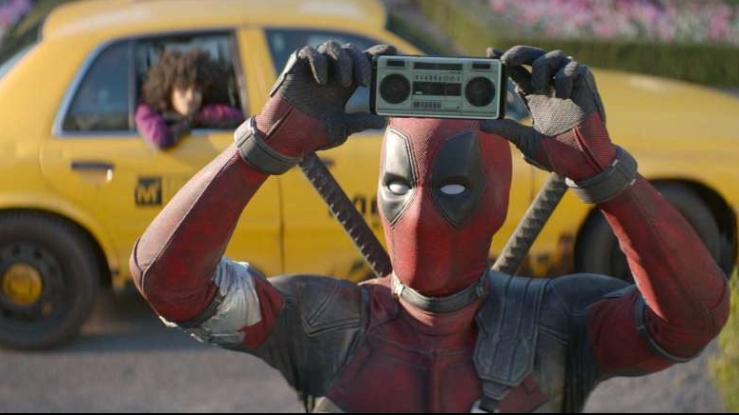 There are no Infinity McGuffins in Deadpool 2, no superheroes fighting for the fate of the universe. What it does have is an unkillable motor-mouthed anti-hero, who clearly doesn’t want to get upstaged by other characters inside and outside his own movie. And that makes Deadpool 2, arguably, better than Infinity War. Or does it? Let’s see.

Avengers: Infinity War was years in the making: multiple movies built around the Infinity Stones, Avengers team up and break up, and some Thanos mid-credits teasers. After months of watching trailers, trailer breakdowns and speculations about plot, character deaths and what-not, Avengers: Infinity War is finally over. *sigh* And it left you with more questions than answers, left you overjoyed and exhausted at the same time but most importantly, more hyped than ever.

Avengers: Infinity War, then, is like premature ejaculation. After months of anticipation, it came too quickly just when it’s starting to feel good. And you can’t do anything about it other than wait. Until the the next movie comes.

That is, Deadpool 2 is a more complete experience—like a dry Thai massage at the end of a really long day.

If the first movie was “Deadpool Presents His Own Origin Story,” then Deadpool 2 is “Deadpool Setups His Own Universe.” Because that’s how a superhero franchise works nowadays. You don’t make an origin story and setup the universe at the same time. (Just look at Sony’s Unfinished [Un]Amazing Spider-Man series.) But despite Deadpool’s fanboy-offensive digs at DC’s imploding universe, Deadpool 2 is more like Batman v Superman than Marvel’s The Avengers. Deadpool 2 is a cool title, but Deadpool v Cable: Dawn of X-Force seems more fitting.

Deadpool 2 opens with Wade Wilson/Deadpool trying to kill himself, blowing himself up to smithereens, for some reason and, just to one-up Wolverine, who—spoiler alert—died in his last movie. The problem is, Deadpool just can’t die, like Manji in Blade of the Immortal minus the bloodworms.

When Wade finally gave in to Colossus’ cold metallic embrace and offer to join the X-Men, after a hilarious sequence of Deadpool in the X-Mansion horseplaying with the Cerebro in Prof. X’s wheelchair, trouble (or shall we say responsibility) comes in the shape of Russell (Julian Dennison), an angry young mutant who calls himself Firefist (his power actually burns up to the elbows but “Firearm” doesn’t sound as cool). If the first movie is just Wade in a series of fuck-ups, this one is, too. As expected, Deadpool fucks up his first outing with the X-Men (actually just Negasonic Teenage The Longest Name Ever and Colossus, again), mishandles a fiery situation in an orphanage and ends up with Russell in a prison facility for mutant criminals.

More trouble comes in the shape of Cable, a cyborg/soldier from a distant future with no nonsense attitude when it comes to his mission (“Move or die”). His mission: kill Russell before he could turn into The Rainmaker—wait, isn’t that… I know, they didn’t call him that. But isn’t this premise so frickin’ Looper? So, Cable attacks the mutant prison and Deadpool finds himself at the wrong end of Cable’s gun, which, by the way, has a dial that goes up to eleven. 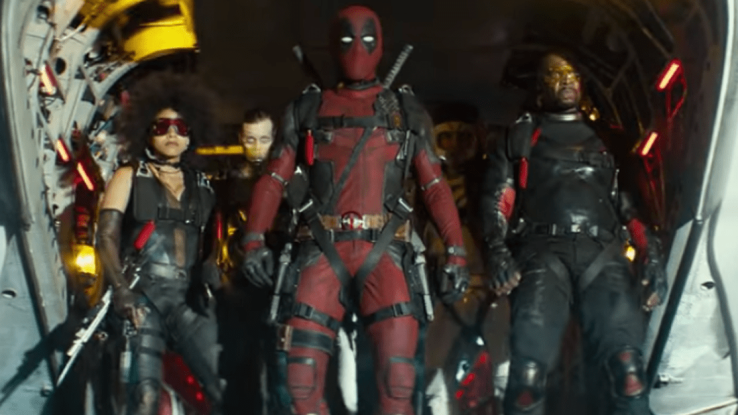 Of course, this won’t be a Deadpool movie without the “Deadpool things” people absolutely loved (or hated) in the first movie: Deadpool’s hyper healing powers, superb ninja skills and penchant for self-deprecating quips, pop-culture references, and fourth wall-breaking asides. As expected, Deadpool 2 expands on its action scenes, featuring more characters set pieces than the first movie could afford to have. The movie feaures more quick cutting than expected from David Leitch, but the execution and choreography is still quite solid. Still, in terms of funny one-liners and gratuitous violence, the movie struggles to match that opening carnage in the first Deadpool film.

If you expected that this one’s going to improve on the original’s generic origin plot, you’re in good hands, since Deadpool 2‘s plot isn’t only generic, it’s super-generic. And it’s wildly derivative: basically Terminator 2-meets-Looper-meets-Batman v Superman-meets-Days of Future Past. Deadpool does not only love parodying movies (its James Bond-inspired opening credit sequence features a song by Celine Dion), he also loves stealing from them. The movie’s thing about family is a riff straight from Guardians of the Galaxy and that Ice Box Trailer ambush recalls one scene from X-Men: The Last Stand. And it works and not surprisingly, because with Deadpool, what happens in the story is the least concern.

That’s not to say Deadpool 2 is not without surprising twists and turns. Domino’s “superpower” turns out to be cinematic after all, even reaches Eli Roth level of gore and brutality at some point. Peter’s mustache turned out to be powerless, but Shatterstar, Zeitgeist, Bedlam and The Vanisher are a total grand slam. And Cable, well Cable’s like the stiff among the thorns, but he bounces off well with Wade specially when Wade asks if Dubstep’s still a thing in the future.

Most importantly, Deadpool 2 slowly builds up for an outrageously funny second act joke involving the X-Force that no one saw coming. It’s so super-hilarious to spoil here (but if you’re planning still to see the movie, watch out for clues when Dopinder alludes to Interview With A Vampire and think about Tom Cruise and Kirsten Dunst’s wet upside-down kiss in Mighty Joe Young). 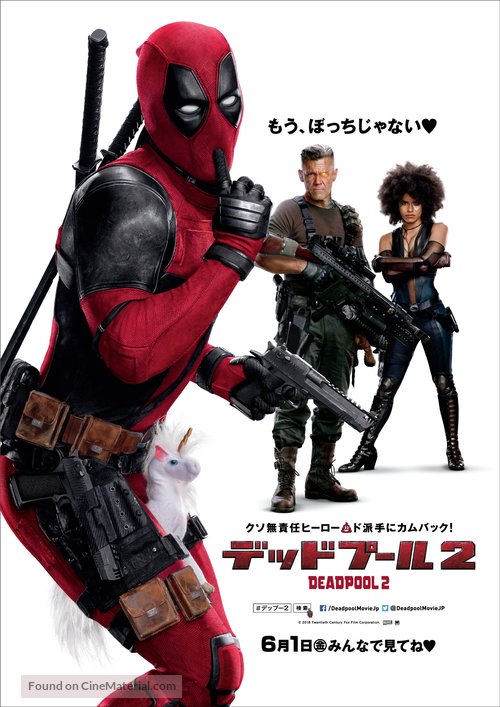 Then, there are other things: Negasonic’s girlfriend Yukio, Air Supply, Enya, surprise cameos, the superb mid credits, and you know what—I already forgot if Stan Lee’s even in the movie. The movie’s quite loaded with funny stuff that Stan Lee’s appearance becomes trivial. (Think about it, in most Marvel movies, a Stan Lee cameo is usually one of the highlights. Was Stan Lee in The Avengers or Guardians of the Galaxy? I can’t remember. But if Lee’s cameo stands out in a movie, it could be a bad sign.)

One complaint I read about Infinity War is that it’s never explained why Doctor Strange did not resort to using the Time Stone. Here, the limited capabilities of Cable’s time travel device is explained, lamp-shaded (“That’s just lazy writing”), and then subverted (until it completely makes no sense) to delightfully inventive ends.

What’s really surprising though, is that Deadpool 2 isn’t just huge action set-pieces, witty one-liners and running commentary on superhero movies. This movie has a heart too and uses pain and humor to humanize its characters. It isn’t just “humor as defense mechanism”, this time Wade and Vanessa decide to be better persons (i.e., Sublimation) to offset the pain. Like the first movie, Wade and Vanessa’s relationship is the movie’s heart and, possibly, it’s soul. Underneath all the CGI action, gags and meta-references, is a story about two people who long to be with each other.

Still, this is a Deadpool movie, not Guardians of the Galaxy, so don’t expect to tear up or see CGI character crying before the credits roll.

If the underlying joke in the first movie is that Wade went on a killing spree just because Ajax made him unfuckable (i.e., ugly), in Deadpool 2, the joke is that the movie has an actual plot, a through line that is kind of old fashioned and fairly common in many old action movies. Or maybe even in Disney movies. Whereas the first movie makes fun of superheroes and do-gooders (Wade kills Ajax amidst Colossus’ litany about being a hero), Deadpool 2 offers a corrective: killing (the kid) is wrong, even though our so-called heroes, Cable, Deadpool and Domino, in order to do the right thing, have to kill numerous “pedophiles” and tally an unprecedented body count by the movie’s end.